Every year we’re asked, "Is it okay to give pets as gifts?" 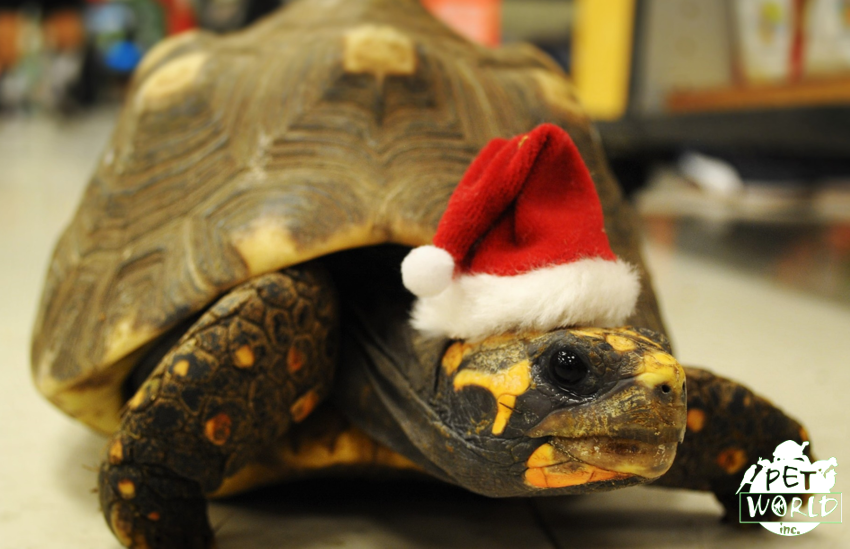 Yes! No! It depends.

If the recipients are able and willing to cherish and care for the pet for the duration of its life, and the person or family can afford the costs, time, and effort, then yes, any time is a good time to give a pet! If not, then don’t. It's that simple.

No occasion will change the responsibility of pet ownership or the correct person-to-pet match.
Here's the deal. It’s not about the occasion, anyway; it’s about the recipient.

Responsible parents make decisions to give their children pets long before doing it. Occasions are opportunities to give a pet, not reasons. Impulsive pet purchases are a no-no every day of the year, not just Christmas, for people of all ages. But if parents have been planning on giving children a pet and just waiting for an occasion to do it, Christmas or birthdays are as good a time as any.

Fostering a child’s natural affinity for animals and teaching life lessons through responsible pet ownership is critically important in the development of children – when and if the time is right.

"But it's Christmas!" they exclaim.
So what.
"But the child will discard the pet with all the other toys!"
Not the child who is ready for a pet.

Blanket shaming "the act of gifting pets" is nothing more than blanket judgement of parents as if they're all incompetent. And the whole "kids can't tell a pet from a toy" idea is simply not true. My twins, like so many other children, are living proof that responsibly gifting pets has nothing to do with the occasion.

For example, we applaud parents who resist the fuzzy temptations of chicks and bunnies for their babies around Easter time. For children who are not ready or willing to care for a pet, the responsible answer is always no. We suggest bringing kids in to Pet World wearing their Easter clothes and taking pictures with the bunnies instead! Often you’ll hear people say not to give a pet for a birthday or Christmas because "the child will equate it to a toy." Whose child? My child? Your child? Every child? At every age? That's nonsense. The truth is, if a child can’t differentiate a live animal from a toy then that child is not ready for any pet, at all, regardless of age or occasion. No amount of Christmas Magic can suddenly help a child understand the difference between a stuffed animal and a real animal. And waiting a month until after Christmas won't change anything. But if the child already understands and is ready for a pet, and the parents are willing and able, then no amount of Christmas distractions can suddenly blot out a child's level of understanding and commitment.

So, sure, sometimes it's a no from me. Who do you think has to rescue and rehome all those Easter Bunnies bought impulsively on Craigslist? Pet World. But sometimes it’s yes. If the answer always needed to be no, then people would never have pets. Can you imagine your life without your pets? Or your pet's life without you in it? How sad.

A pet is either right for someone or not. It has less to do with age and occasion than it does the people themselves.

My son is a young adult who literally grew up in Pet World from the time he was born. Pet World -- a beloved animal rescue shelter and rehoming center operated inside a giant, open pen pet store. Can you imagine being the owner's kid at Pet World? He loved the place. He started working there when he was 10 and now works for the Pet World online and international division. When he was four he was correctly identifying snakes for new employees. He is fascinated by nature and plants and ecosystems and when he sees the animals he wants them all. His love for living things is unmatched, from the moment he first bathed our family dog to the time he fought his friend for being too rough with their family dog. He knows more about pets than most people twice his age and yet, still, to this day, he is not "ready" for the responsibilities of a pet. That's right. When he was three he fell in love with a hamster and named him Mario. He would come to work with me and find Mario right away so he could take care of him and play with him. Eventually he brought Mario home but, sadly, Mario died the next day from a love overdose (a hug that was a little too tight). Certain he had learned a valuable life lesson, we let him have another hamster for his birthday a year later and he named him Mario 2. It lived a week. We tried again the following Christmas but the cat got Mario 3. After that we made sure it was never during any special occasion, assuming that was the problem. Against our better judgement the pattern continued, each time after much research, maturation, and discussion, because I wanted to believe my little animal lover was ready. I can't remember what happened to Marios 4 through 7 but it never ended well. Even during the ongoing Mario saga he once rescued a giant hamster someone found running across a parking lot. He named that one Luigi and helped Luigi raise up all seven of her babies, keeping watch day and night, and even found them all great homes. At that point it was endearing to witness that he was finally ready for a pet. Then one day we found Luigi had made a nest in the garage. Even though my son is brilliant, kind, compassionate, and helps with lots of people's pets, being solely responsible for his own pet just doesn’t suit his busy, world traveling lifestyle or free spirited, impulsive personality. It never has. He says he probably won't have kids, either.

His twin sister, however, (who is even busier, spent less time at Pet World, knows much less about animals, and does not work for Pet World), has responsibly cared for her pets since she was two years old with little to no help. That's right. Age two. Without being asked. And she was not a passionate animal lover at all. She never begged or whined or even asked for pets. She didn't help care for the animals. She colored pictures on merchandise bags and helped count the money. But by preschool, I could have given her an entire box of kittens for Christmas along with fifty toys with no issue whatsoever. Knowing her, she would have given away most of the toys within a week and rehomed all but one of the kittens within a month, and she'd probably still have the one cat she would have kept. She's not what most would describe as an animal person but, like many people, she is not impulsive and has an innate sense of discipline and commitment which makes her well suited to having pets. Plus she’s responsible enough to resist a pet she can’t take care of properly for the good of the pet, regardless of what she wants, and she has been this way since she was three years old (when she brought home her first pet snake, Rosy). She received pets for Christmas and birthdays along with all the other gifts and expertly cared for each and every one. Now she lives alone in Florida and gets up extra early every morning to prepare her cat's special breakfast - a cat she decided she wanted her freshman year of high school but waited to get until she was 20 in her own apartment. She cleans the litter box religiously and spends hours with her cat every single day. My daughter's age and the occasion have never had any bearing on whether or not a pet was right for her and never affected her willingness and ability to provide expert care.

For the children who are not ready for a pet, please wait and understand they may never be ready and that's okay. For those who are ready and well matched to the pet, whose parents have been responsibly planning to gift a pet anyway, guilt-free permission is granted! Life is short and pets add life. You know your child best and the "pet or no pet" decision is yours and only yours to make, 365 days of the year.

Adapted from a post by Sherry Emerson at www.SherryEmerson.com