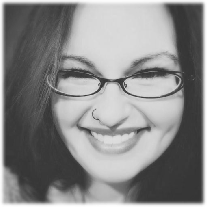 About a week after the fire I found myself face down on my kitchen floor, hopeless and numb. I was just lying there, ready to give up, when somehow I received a link to a blog post by a woman I had never met. She was a liberal, vegan, activist who wrote about misjudging Pet World at first glance, incorrectly assuming it was like other pet stores she had seen. She spoke kindly and supportively of our shared mission, how even though we seemed to be in opposition we were actually on the same team.

My entire career has been about supporting Tim's hope to unite animal and nature lovers from all ends of the spectrum to serve a greater good. Christina couldn't have known I was at the end of my rope just moments before I read her post. She wouldn't have imagined I was contemplating how I would tell the public that the fire turned out to be too much for Tim after all and I was not strong enough to see him through this trial. She probably didn't consider I was starting to question our mission and the very existence of Pet World, completely ready to quit.

I read her post with one eye open, my phone resting on the floor sideways, quite literally too tired and defeated to move. By the end, the side of my face was still on the kitchen floor, now wet with my tears. But, much to my surprise, I felt a renewed purpose and suddenly found enough energy to get back up.

We have since become friends and joined forces to share our hope of improved fire safety regulations for animal housing facilities everywhere. I would even go so far as to say we are now trusted allies.

Christina has the gift of encouragement. She knew we might never read her blog but she answered the call to share anyway. Little did she know that days before, while she thought she was just writing her next post, she was actually scooping me up, lifting me off the floor, and inspiring me to press on. She didn't set out to save the day; she just wanted to help in some way. And help is exactly what she did.

Christina Maki is a hero.